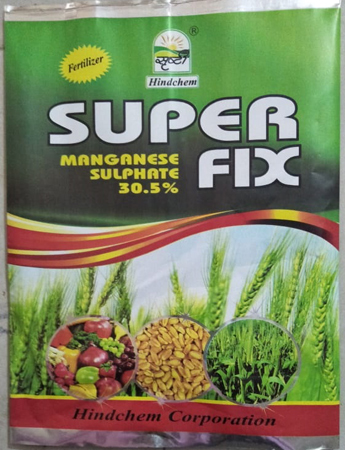 Manganese (Mn) is an important plant micronutrient and is required by plants in the second greatest quantity compared to iron. Like any other element , it can have a limiting factor on plant growth if it is deficient or toxic in plant tissue . It is similar to iron in many ways, and manganese deficiency or toxicity is often mistaken for iron deficiency or toxicity.

Deficiency: Manganese deficiency symptoms, which often look like those of iron deficiency, appear as interveinal chlorosis (yellow leaves with green veins) on the young leaves, and sometime tan, sunken spots that appear in the chlorotic areas between the veins.

Plant growth may also be reduced and stunted. Manganese deficiency can occur when the pH of the growing medium exceeds 6.5 because it is tied up and unavailable for uptake Deficiency can also occur from low fertilizer application rates ,use of general purpose fertilizers(which typically have reduced micronutrient contents) excessive leaching or applying to many iron chelate drenches.